Types of Radars and Other Measures of Speed 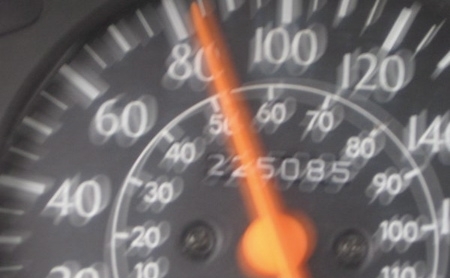 3 types of radars are used in Virginia.
Stationary Radar: This type of radar uses microwave technology and can not target an individual vehicle.  Although an individual vehicle can not be pinpointed, the idea behind a stationary radar is that the operator of the radar would observe the vehicle approaching determine that it is the fastest vehicle and then determine the actual speed by using the radar.   Stationary radars can  measure the closest vehicle’s speed, the fastest vehicle or both.  Radars can be set at short or long ranges (i.e. is the radar measuring at 500 ft. or 5,000 ft).    Stationary Radars used to measure objects very close to the Radar or very far from the Radar are suspect and may lead to defenses (depending on distance, angle, etc.).     Other defenses may also be available with respect to this type of radar.
Moving Radar: This type of radar also uses microwave technology and can not target an individual vehicle.   The same description as above would also apply to moving radars.  In addition, moving radars are quite versatile.  Unlike stationary radars, moving radars can be used while a police vehicle is moving.  Depending on the settings of the radar, the radar can be used to measure speed of a target vehicle that is behind the police vehicle, in front of the police vehicle as well as vehicles that are traveling from oncoming traffic coming the opposite direction.    Defenses against moving radars would be similar to the stationary radar as well as other defenses that are unique to the moving radar.
Laser Radar (Lidar or Ladar): This type of radar uses laser technology and can target individual cars.   The radar is equipped with a scope that allows an operator of the radar to look through, similar to a rifle scope but not magnified.   The radar emits a dot on the target vehicle.   Although, more accurate than a stationary radar or a moving radar, there are still defenses that may be available in regards to a lidar radar.
With regard to all the above Radars, there is no print out from the radar showing the alleged speed nor does Virginia law require that a police officer or trooper physically show the radar speed to the driver.
PACING:      This type of measurement of speed is based on a police officer or a trooper determining the speed of the target vehicle based on the speed of the police car.   A police officer or trooper can use PACING either by being behind or in front of the target vehicle.  There are no Virginia laws that state as to how long a police officer or trooper must pace a target vehicle to get a good reading on the speed of the target vehicle, but usually it has to be a minimum of .2 miles (approximately 1,000 feet).
Lack of a scientific instrument (i.e. radar) to determine the speed of a target vehicle and the possibility of error by the police officer or the trooper in conducting a proper pace of a target vehicle allows for several defenses to be presented on behalf of clients.